Making the most of slurry – British Dairying

For a farm open day this spring, Teagasc researchers in Ireland spread the same quantity of the same slurry three different ways onto a demonstration area of grassland.

Only four weeks later, grass growth from two of them was nearly double the other one.

“Imagine spraying slurry onto your house windows. In addition to family disapproval, you’d spend the next few weeks living in semi-darkness until the window cleaner comes or there’s some particularly heavy rainfall to wash the opaque film off the glass.

“So if you want more grass regrowth from slurry – and who doesn’t – then look at alternative ways to spread slurry rather than spraying,” says Liz. 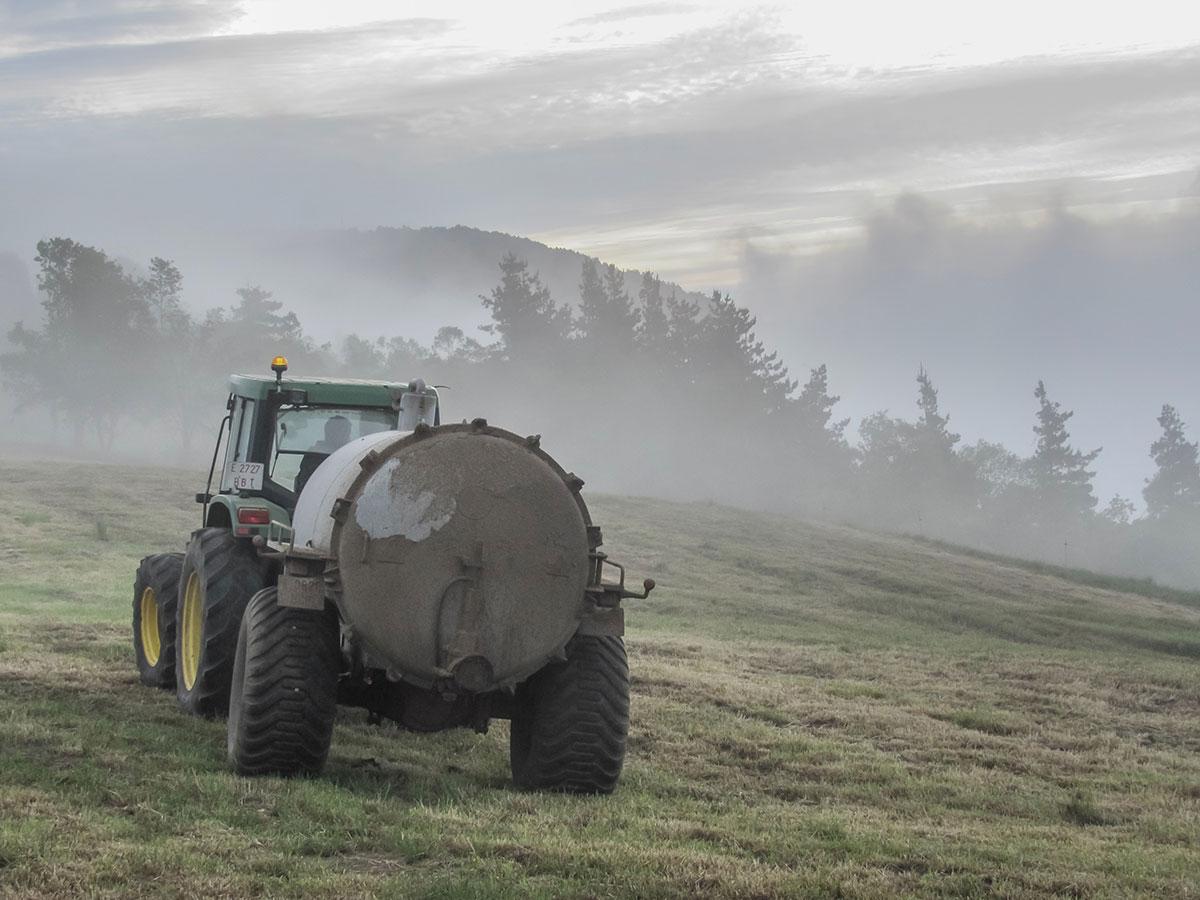 Also from Teagasc, Joe Kelleher adds: “Spreading slurry with a trailing shoe, dribble bar or injector system can reduce the ammonia emissions up to 97% of those emitted with a splash plate.”

Where the grassland receiving slurry is pasture, Mr Burchill also reports that cows can return to grazing after only two to three weeks following soil surface placement of slurry.

Those with experience of splash-plate distribution report that a five or six-week interval is advisable. Otherwise in silage crops, even a minimum of residual foliar contamination risks-high pathogen levels on cut grass. This would not only produce a poor, possibly butyric, fermentation but also make cows unwell or worse if bugs like Listeria or Clostridia, for example, were present.

In addition to this physical fine-tuning of slurry application, Liz says; microbial treatment can add another dimension of gains and safeguards, of which her company has much evidence.

“Seeding your slurry store with the right probiotic microbes in feeding soil with more aerobic and fewer anaerobic bacteria. This supports earthworms, invertebrates, and micro-organisms, on all of which a fertile and productive soil depends”.